The US Dollar in the stock market

When looking at the US dollar in the stock market, you have to pay attention to the US Dollar Index (USDX) and the Dow Jones Industrial Average (DJIA). The US Dollar Index measures the value of the US dollar against its major trading partners. It measures against six world currencies- Swiss Franc, Euro, British Pound, Canadian dollar, Swedish Krona, and the Japanese Yen.

The Dow Jones Industrial Average (Dow 30) is what is used to keep track of 30 of the largest, publicly-owned companies on the New York Stock Exchange. Examples of the companies include Microsoft Corporation, Walt Disney, and Exxon Mobil Corporation. Any stock agent worth his or her salt watches the Dow 30 like a hawk.

It is safe to say that the Dow is one of the most-watched indexes on the stock market. For most investors, a weak performing Dow equates to a slowing economy while a strong-performing one equates to a strong economy.

What makes the US dollar weak or strong?

Like any other currency, the US dollar is made strong in two ways. It can be made strong if its currency units are reduced in the world market or if there is a high demand for it.

The reverse is true for making it a weak currency.

How does the US dollar strength affect your stock?

If the US dollar is weak and your portfolio greatly depends on its strength then you are doomed. The stocks you invest in will determine whether or not you stay afloat when the going gets tough. This is why it is advisable to diversify your portfolio. Avoid putting all eggs in one basket! If you are being hit in one corner, at least you will have good news in the other!

When searching for a stock to invest in, it pays to pay close attention to how a weak currency may affect it in the long run. Ideally, if it seems like a weak currency will negatively affect your stock value then you may want to hit pause before investing-unless other factors remain favorable.

Political turmoil and a pandemic such as the current Covid19 can greatly affect the value of the US dollar. March 2020 saw a low in the stock market. It’s been a decade since the dollar experienced such a long slide. The pandemic and subsequent shutdowns may be to blame for the slide.

The months of April and May however saw a steady improvement in the index, which brought hope to many. However, the current political turmoil is threatening to send the currency on another nose dive. The next Fed’s policy decision will determine the fate of the rates. Most are speculating that the rates will be left above zero. 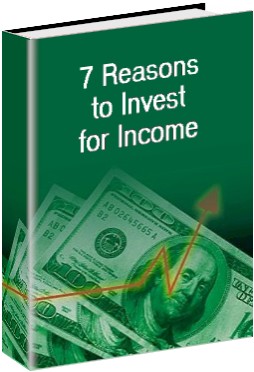